The procedure for obtaining a financing through Delphi is strict and cannot be changed. To secure the financing Delphi is cooperating only with large prime banks primarily in Europe and USA. These banks
have fixed 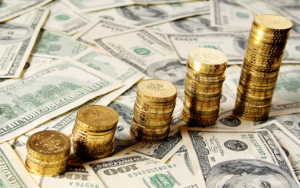 The assumption for receiving this financing is, that 50% of the proceeds from programs will be used for Delphi- Gruppen´s humanitarian projects (see beneath)

Delphi-Gruppen has the possibility to finance projects reaching a considerable size in public and private frameworks.

The financing is given either as donation or as long term loans, depending on the type of the project and the ownership of the project.

These projects include hospitals, schools, housing of elderly people, agriculture and food production, energy production, water supply and infrastructure such as roads and airports. The financing of these projects will as most be given as donations and shall consequently not be paid back and not be the target of interest.

The projects are normally owned by a public organisation, local governments and Private owned projects include mostly non-profit projects and will usually receive a donation. The projects will mostly be owned by NGO-organization and will also as a general rule get a donation

Delphi-Gruppen is also offering micro financing for amongst others peasants in a developing country. The peasants will have the possibility for having ownership of their farmland. Delphi-Gruppen is working with development of this concept in order to customize this financing for other kind of business. This could, as an example, be if a number of people would cooperate to start a small or medium business of any kind.

In addition to this, Delphi-Gruppen is also supporting small and medium project in private business area with micro financing.

The company has connection to international foundations and other financial sources, which can support with financing of the different types of projects.

The implementation of the projects will in all circumstances be monitored by Delphi-Gruppen. In many cases, will Delphi-Gruppen go into a joint venture partnership with public authorities or with private owners.